Reprinted from “Principles of Drug Abuse Treatment for Criminal Justice Populations” by the National Institute on Drug Abuse (in the Public Domain) by Thomas A. Wilson, MA, LCPC & CEO of Tom Wilson Counseling and Telehealth Center.
What are the unique treatment needs of juveniles in the criminal justice system?

The U.S. Department of Justice’s Office of Justice Programs reports a high rate of drug use among juvenile detainees. One study, for example, found that 77 percent of criminal justice-involved youth reported substance use (mainly marijuana) in the past 6 months, and nearly half of male and female juvenile detainees had a substance use disorder (McClelland et al. 2004a; McClelland et al. 2004b).

Arrest rates for drug-related crimes also remain high among juveniles. A recent report showed that of the estimated 2.1 million juvenile arrests in 2008, approximately 10 percent were for drug abuse or underage drinking violations (Puzzanchera 2009). Juveniles entering the criminal justice system can bring a number of serious problems with them—substance abuse, academic failure, emotional disturbances, physical health issues, family problems, and a history of physical or sexual abuse. Girls make up nearly one-third  of juvenile arrests, a high percentage of whom report some form of emotional, physical, or sexual abuse.

Effectively addressing these problems requires their gaining access to comprehensive assessment, treatment, case management, and support services appropriate for their age and developmental stage. Assessment is particularly important, because not all adolescents who have used drugs need treatment. For those who do, there are several points in the juvenile justice continuum where treatment has been integrated, including juvenile drug courts,community-based supervision, juvenile detention, and community re-entry.

Reprinted from “Principles of Drug Abuse Treatment for Criminal Justice Populations” by the National Institute on Drug Abuse (in the Public Domain) by Thomas A. Wilson, MA, LCPC & CEO of Tom Wilson Counseling and Telehealth Center.
13. Is providing drug abuse treatment to offenders worth the financial investment?
In 2007, it was estimated that the cost to society of drug abuse was $193 billion (National Drug Intelligence Center [NDIC], 2011), a substantial portion of which—$113 billion—is associated with drug-related crime, including criminal justice system costs and costs borne by victims of crime. The cost of treating drug abuse (including health costs, hospitalizations, and government specialty treatment) was estimated to be $14.6 billion, a fraction of these overall societal costs (NDIC, 2011).
Drug abuse treatment is cost effective in reducing drug use and bringing about related savings in health care. Treatment also consistently has been shown to reduce the costs associated with lost productivity,crime, and incarceration across various settings and populations. The largest economic benefit of treatment is seen in avoided costs of crime (incarceration and victimization costs).Providing methadone treatment to opioid-addicted prisoners prior to their release, for example, not only helps to reduce drug use but also avoids the much higher imprisonment costs for drug-related crime.
Even greater economic benefits result from treating offenders with co-occurring mental health problems and substance use disorders. Residential prison treatment is more cost effective if offenders attend treatment post-release,  according to research (Martin et al. 1999; Butzin 2006). Drug courts also convey positive economic benefits, including participant-earned wages and avoided incarceration and future crime costs.

Reprinted from “Principles of Drug Abuse Treatment for Criminal Justice Populations” by the National Institute on Drug Abuse (in the Public Domain) by Thomas A. Wilson, MA, LCPC & CEO of Tom Wilson Counseling and Telehealth Center.
What works for offenders with co-occurring substance abuse and mental disorders?

It is important to adequately assess mental disorders and to address them as part of effective drug abuse treatment. Many types of co-occurring mental health problems can be successfully addressed in standard drug abuse treatment programs. However, individuals with serious mental disorders may require an integrated treatment approach designed for treating patients with co-occurring mental and substance use disorders.

Much progress has been made in developing effective medications for treating mental disorders, including a number of antidepressants, anti-anxiety agents, mood stabilizers, and anti-psychotics. These medications may be critical for treatment success with offenders who have co-occurring mental disorders such as depression, anxiety disorders, bipolar disorder, or schizophrenia. Cognitive-behavioral therapy can be effective for treating some mental health problems, particularly when combined with medications.

Reprinted from “Principles of Drug Abuse Treatment for Criminal Justice Populations” by the National Institute on Drug Abuse (in the Public Domain) by Thomas A. Wilson, MA, LCPC & CEO of Tom Wilson Counseling and Telehealth Center.
How can the criminal justice and drug abuse treatment systems reduce the spread of HIV/AIDS, hepatitis, and other infectious diseases among drug abusing offenders?
Individuals involved in the criminal justice system have disproportionately high rates of substance use disorders and infectious diseases, including HIV/AIDS. In fact, 14 percent of HIV-infected individuals in this country pass through the criminal justice system each year (Spaulding et al. 2009). Other infectious diseases, such as hepatitis B, hepatitis C, and tuberculosis, also are pervasive in the criminal justice system.
This overrepresentation also provides an opportunity to integrate treatment and improve outcomes for both substance use disorders and infectious diseases. Research shows that treatment for drug abuse can lessen the spread of infectious diseases by reducing high-risk behaviors like needle-sharing and unprotected sex (Metzger et al. 2010). Identifying those who are HIV+ and starting them on HAART treatment could not only improve their health outcomes but also decrease HIV spread (Montaner et al. 2010).
It is imperative that offenders with infectious diseases be linked with community-based medical care prior to release. Offenders often have difficulty negotiating access to health services and adhering to complex treatment protocols following release from prison and jail. One study found that simply helping HIV-infected inmates complete the paperwork required to get their prescriptions filled upon release significantly diminished treatment interruption, although improvement was still needed, since fewer than half had filled their prescriptions within 2 months of release (Baillargeon et al. 2009).
Community health, drug treatment, and criminal justice agencies should work together to offer education, screening, counseling, prevention, and treatment programs for HIV/AIDS, hepatitis, and other infectious diseases to offenders returning to the community.

11. What role can medical professionals play in addressing substance abuse (including abuse of prescription drugs) among adolescents?

Medical professionals have an important role to play in screening their adolescent patients for drug use, providing brief interventions, referring them to substance abuse treatment if necessary, and providing ongoing monitoring and follow-up. Screening and brief interventions do not have to be time-consuming and can be integrated into general medical settings.

• Screening. Screening and brief assessment tools administered during annual routine medical checkups can detect drug use before it becomes a serious problem. The purpose of screening is to look for evidence of any use of alcohol, tobacco, or illicit drugs or abuse of prescription drugs and assess how severe the problem is. Results from such screens can indicate whether a more extensive assessment and possible treatment are necessary. Screening as a part of routine care also helps to reduce the stigma associated with being identified as having a drug problem

• Brief Intervention. Adolescents who report using drugs can be given a brief intervention to reduce their drug use and other risky behaviors. Specifically, they should be advised how continued drug use may harm their brains, general health, and other areas of their life, including family relationships and education. Adolescents reporting no substance use can be praised for staying away from drugs and re-screened during their next physical.

• Follow-up. For patients in treatment, medical professionals can offer ongoing support of treatment participation and abstinence from drugs during follow-up visits. Adolescent patients who relapse or show signs of continuing to use drugs may need to be referred back to treatment.

• Consider an Alternative Medication. Before prescribing medications that can potentially be abused, clinicians can assess patients for risk factors such as mental illness or a family history of substance abuse, consider an alternative medication with less abuse potential, more closely monitor patients at high risk, reduce the length of time between visits for refills so fewer pills are on hand, and educate both patients and their parents about appropriate use and potential risks of prescription medications, including the dangers of sharing them with others.

Questions about Adolescent Drug Use and Mental Health

7. How do other mental health conditions relate to substance use in adolescents?

Drug use in adolescents frequently overlaps with other mental health problems. For example, a teen with a substance use disorder is more likely to have a mood, anxiety, learning, or behavioral disorder too. Sometimes drugs can make accurately diagnosing these other problems complicated.

Adolescents may begin taking drugs to deal with depression or anxiety, for example; on the other hand, frequent drug use may also cause or precipitate those disorders. Adolescents entering drug abuse treatment should be given a comprehensive mental health screening to determine if other disorders are present.

8. Does treatment of ADHD with stimulant medications like Ritalin® and Adderall® increase risk of substance abuse later in life?

Prescription stimulants are effective at treating attention disorders in children and adolescents, but concerns have been raised that they could make a young person more vulnerable to developing later substance use disorders. On balance, the studies conducted so far have found no differences in later substance use for ADHD-affected children who received treatment versus those that did not.

This suggests that treatment with ADHD medication does not affect (either negatively or positively) an individual’s risk for developing a substance use disorder. 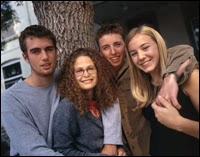 College freshman are just starting their first semester all over the US.  They face the pressure of new classes, living in the dorm or on their own, and navigating a new social network.  College administration knows that means some students will use – and sometimes abuse – alcohol and other illegal substances. The UW Marathon County want their students to make the right choice. This year Campus Coordinators focus on reducing the number of high risk activities related to alcohol abuse and other substance abuse. The university will also help students with problem gambling and prescription drug use.

The alcohol awareness class  for the University of Oregon class of 2015 is already under way. It’s part of an online course designed to discourage underage and binge drinking.  The first part of the class takes about two hours. Students complete a series of online lessons that  help them evaluate their alcohol use and and compare it to other students their age. After students have been on campus for a week or two, they complete a short follow-up module. The university signed a four-year contract with a private company at a total cost of $80,080, so students do not pay to take the course.
For non-students who receive a minor in possession of alcohol or drug charge, private online alcohol awareness classes are available.